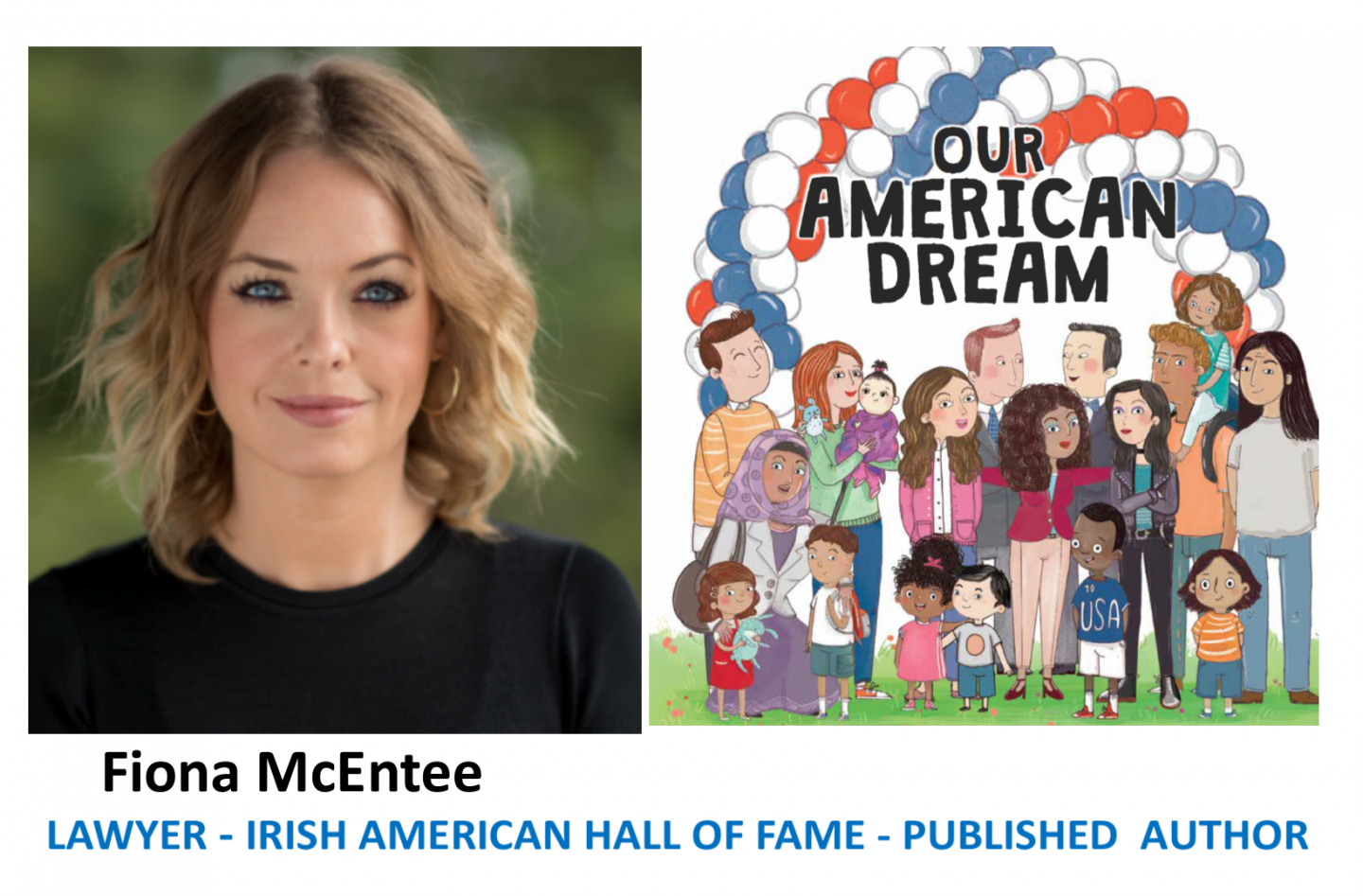 Lawyer Fiona McEntee from Ireland and based in Chicago, has just had her new children’s book published. The book called ‘Our American Dream’ was published last week. You can read all about it here

Fiona is an award-winning, nationally recognized immigration lawyer. She is the founding and managing attorney of McEntee Law Group, an immigration law firm based in Chicago.

Fiona and her team of passionate advocates represent individuals and families, as well as some of the world’s leading musicians,artists, athletes, innovative entrepreneurs, and multinational and U.S. companies.

Fiona is a national spokesperson for the American Immigration Lawyers Association (AILA). You may recognize her from her frequent national and international media appearances, including on MSNBC, BBC, CNN.com, and RTÉ, and in Politico, The Chicago Tribune, The New York Times, and Irish Central, among others.

As a proud Irish immigrant and naturalized U.S. citizen, Fiona has dedicated her career to the advancement of immigrants’ rights. As a fearless immigration lawyer, Fiona’s efforts range from lobbying in Washington, D.C., to suing the Trump Administration pro bono over the controversial Travel Ban. Fiona has vowed to zealously advocate for immigrant children and parents who face innumerable obstacles as they strive for their American Dream.

Fiona was recently inducted into the Irish American Hall of Fame in the Irish American Heritage Center in Chicago. Some of her other accolades include receiving the ISBA Elmer Gertz Award for her service in advancing and safeguarding human rights, receiving the Chicago-Kent College of Law Outstanding Pro Bono Service Award on behalf of the O’Hare Airport Attorneys (Travel Ban), and being named one of Chicago’s Notable Women Lawyers by Crain’s Custom Media.

Fiona is an extremely proud mom to Rose and Perry. She is so grateful to her husband, Brian, for his unending love, support, and partnership. They live in Chicago’s Lakeview neighborhood and enjoy traveling back to Dublin, Ireland, to visit family and friends.

Fiona McEntee is available for interviews, events, and appearances. For press inquiries or to request a review copy of Our American Dream, please contact Erin Weston at erin@mascotbooks.com.