Julie Currid - Doing the Heavy Lifting for the Construction Industry

Myself and my co-founder, Sean Fennell, spoke to hundreds of companies across Ireland and UK regarding employee training. The resounding message was that employees are not the issue – contractors are! Companies have a responsibility to ensure the safety of contractors, but they don’t know the name or contact details of the person who’s going to arrive on-site until they get there. Traditionally this left them in the inefficient position of having to do classroom inductions with all contract workers. However, there’s a much better way – with GoContractor, the middleman (labour supplier) ensures that any worker being sent to a site completes the process online in advance. This is 3 times faster and saves construction companies thousands of hours every year.

BSc. Management & Marketing in DIT followed by various sales, branding and digital marketing courses and workshops ever since.

I wasn’t 100% steadfast on becoming an entrepreneur but I was pretty comfortable with risk when I started the company in my late 20s! The gap in the market and the lack of competition felt like too large an opportunity to forgo. Obviously, there were financial sacrifices at the beginning, but I was motivated by the potential of starting and growing something from zero.

Not massively. But some of the characteristics required such as staying power (aka stubbornness!) and risk tolerance have definitely been inherited from my parents. My family and my husband’s family have been hugely supportive which makes a massive difference when the going gets tough!

Over the years, we re-positioned to focus in on the most profitable verticals. Initially this was heavy industry in general but most recently we have doubled down on construction. The major reasons for this more targeted approach are that it allows us to more accurately speak to our buyer personas in terms of product offering as well as marketing and communications.

Before starting the company, I had both sales and marketing management roles in large multinationals. This offered an ideal foundation into B2B selling, product development and leadership which were in demand at the early stages of the company. More recently I have moved into a CMO role in GoContractor, which is where I’m most at home. Marketing has become a very metrics driven function, but the rapid adoption of various marketing innovations among audiences means you also need to be very creative to stand out from the crowd. I relish that challenge.

Initially we self-funded. Within the first year we were categorized as High Potential Start-Up with Enterprise Ireland which resulted in doors opening for both government funding and venture capital. We also have some private investors.

Fundraising and board management is it’s own function in a rapidly growing company. It was a space I was unfamiliar with 7 years ago but have learned a huge amount since. We’ve been extremely lucky with our investors as they’re very supportive in terms of facilitating growth and offering guidance. Most have a wealth of experience from the other companies they have worked with. Plus, they’re very ‘human’ about the journey from start-up to early stage company – they understand the challenges but also encourage us to celebrate the wins. I’m aware that this is not the experience of all entrepreneurs unfortunately.

Securing funding is very comparable to a B2B enterprise sale. You set yourself up for success with all the collateral you need, cast the net wide enough to get a few bites and then manage the funnel to negotiation and close. This sounds like an over-simplification but if you’re well prepared with a business which is bringing in new business and has strong renewal revenue (which proves the viability of the product) and a large addressable market you’re all set. There will always be tough negotiations so obviously it’s important to manage relationships well at this point.

As founders we didn’t take salaries for the first year so product development, selling costs, marketing costs etc were funded through savings and loans. At the time it was a huge relief that the company attracted investment very early on.

Realism. We’ve been focused on building pipeline and closing sales from the very beginning. When we started the company, we built our sales deck first and the product second. We got in front of as many prospects as possible researching their needs and ultimately converting them to customers when the product was built. Our first customer (Nordex) who bought the contractor induction platform in 2012 for one UK windfarm site is today using us right across Europe and is set to launch in US. We have applied the same process of ‘testing and proving the need’ to all elements of the company and it’s worked well for us.

It’s everything! When you’re bootstrapping at the early stages, you’re completely reliant on your network for introductions and specialist expertise. There’s a huge amount of goodwill among networks such as IIBN – the attitude of ‘passing a favour on’ results in a much smoother journey to success for many Irish people across the globe. Entrepreneurs can sometimes feel like they’re taking on the world on their own – a strong network helps alleviate that.

I think some of the underlying characteristics of an entrepreneur will always remain the same. However, the internet and the gig economy have made entrepreneurship much more accessible to many people. It’s an amazing time to be an Irish entrepreneur – initiatives around the country fuelling software and technology start-ups are exciting to be a part of.

Get paying customers before you begin wondering why you’re not getting funded. 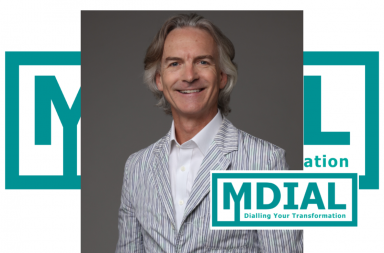 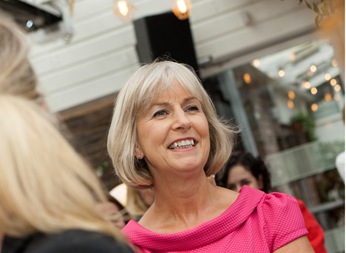 Interview with Barbara Moynihan, MD of On Your Feet