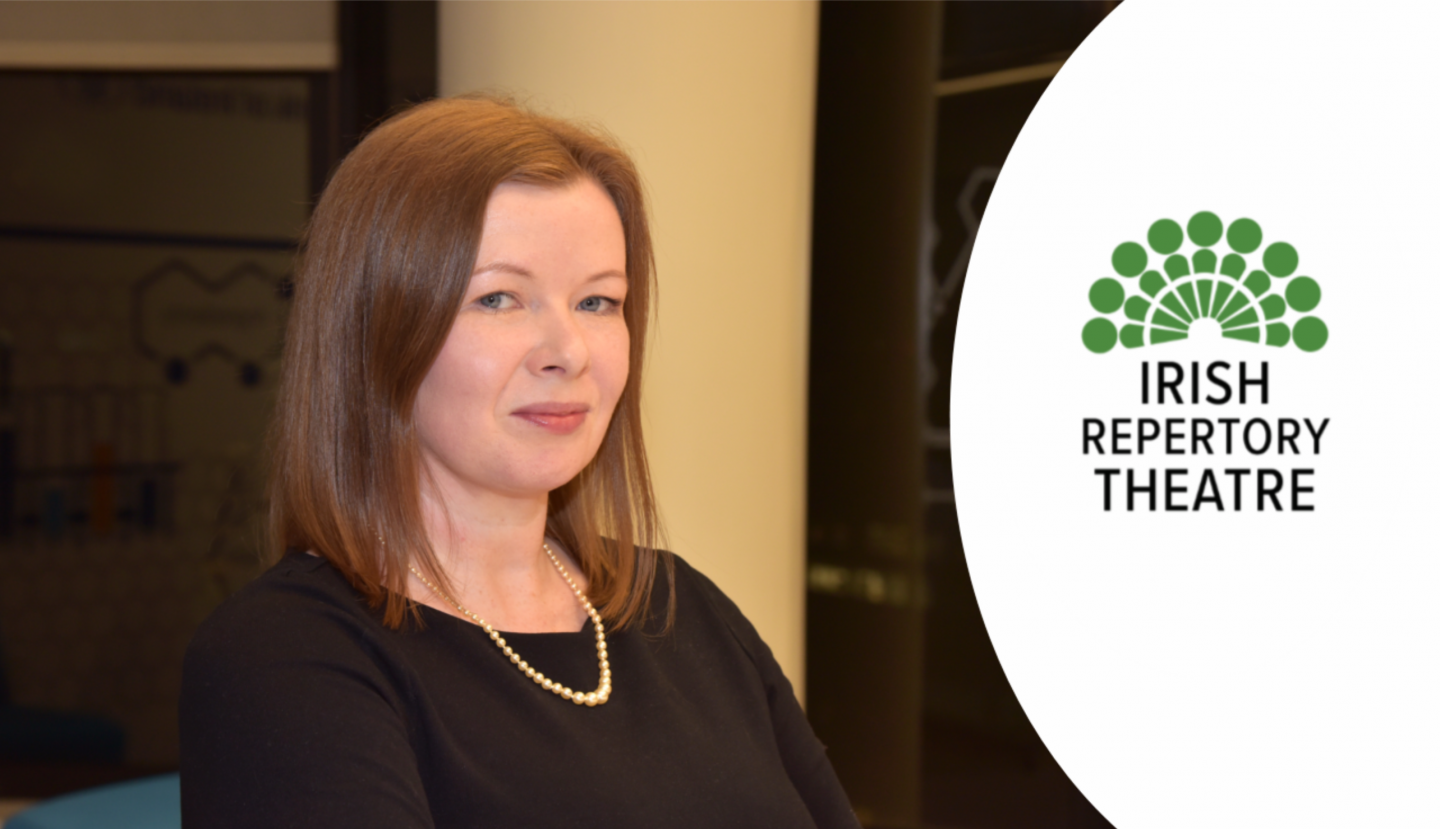 Muireann tells IIBN that her main priorities and goals in her role as Art Director and Marketing Manager is to continuously develop a distinct brand that shows the character and uniqueness of Irish Rep; to raise more awareness within the Irish Community in New York and further-a-field of the important cultural resource that the theatre is.

What are your biggest challenges?
Time is my biggest challenge, we usually announce our shows about two months in advance on a show-by-show basis, so trying to strike the balance of quality and speed in the creative process can be tricky, but as a non-profit with a lean (and efficient) staff, we need to be aware of the bottom line and sometimes done is better than perfect (gasp).

How does your team/staff stay motivated?
I think new initiatives help keep our team motivated, for example, we have recently revamped our GreenSeats program which creates community and makes theatre affordable for our young patrons, it involves more late evenings than we anticipated, but seeing each-other go the extra mile and our efforts paying off is rewarding. Our next GreenSeats event is October 4 and you can learn more about that here.

What are the challenges facing your industry going forward?
I think every performing arts organization is aware of the need to engage younger and more diverse audiences. We also need more diversity in the industry in general.

How do you define success?
Success to me means financial freedom, spending more time in Ireland, living the most creatively fulfilling (and fun) day-to-day life possible, constantly learning, and giving back as much as I can. I should make this into a framed cross-stitch!

What’s the best advice you’ve been given, or would give, in business?
Glamour’s editor-in-chief Samantha Barry said, “Don’t be defined by the confines of your job!”, that’s probably the best advice I’ve taken to date!

What have been your highlights in business over the past year?
It’s been a truly fantastic year and I’m extremely grateful, highlights include kicking off Irish Rep’s 30th Anniversary Season with a Block Party on 22nd street; witnessing the craft of Bill Irwin on his show On Beckett; our whole Sean O’Casey Season festival – having so many wonderful actors in the rehearsal space for months on end, one even baked soda bread!; meeting Hillary Clinton at our Gala at Lincoln Center; and participating in the LEAP™ (Leadership & Executive Acceleration Program) which has been transformative for my career, I wrote about my experience here.
I would also be remiss not to mention that by the time this interview goes live President Michael D. Higgins and Mrs. Sabina Higgins will have come to see Dublin Carol at Irish Rep and hopefully I will have gotten a picture for the mother.

What’s next at Irish Rep?
Now playing on our mainstage is Dublin Carol by Conor McPherson, directed by Ciarán O’Reilly starring Jeffrey Bean, Conor Hegarty, and Sarah Street. In our studio space, we have the World Premiere of Kingfishers Catch Fire by Robin Glendinning, directed by Kent Paul and starring Haskell King and Sean Gormley. We have also just announced Pumpgirl by Abbie Spallen, directed by Nicola Murphy in our studio theatre.