Smigin of language goes a long way for Cork woman. 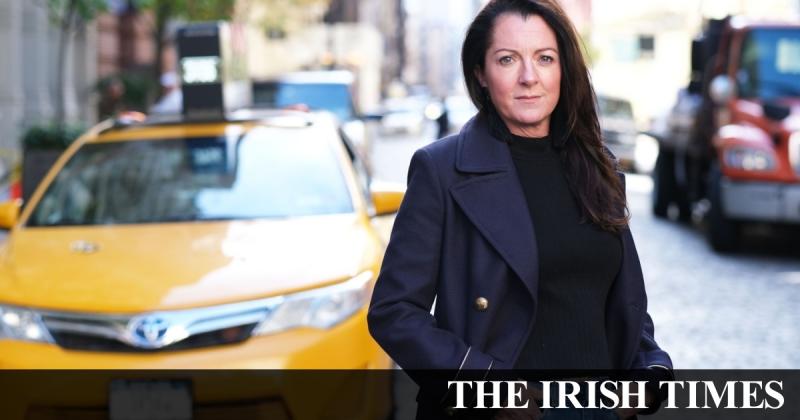 Originally from Co Cork, Susan O’Brien studied languages at UCC, majoring in Italian. “I left college in 1994 and moved to Italy with notions of teaching English and perfecting my language skills, but I soon ran out of money and returned home by bus.”

Despite a bumpy start, it marked the beginning of two decades of globetrotting that has seen O’Brien working in executive sales, marketing and business development.

“I lived in Sydney for six months in 1995, temping at Ralph Lauren, Asia Pacific HQ, which was very high energy and glamorous. Then I went to Madrid, where I taught English for a year and spent time in the UK working in international business development and international sales and marketing, where my languages also came in useful.”

Once back home, she consulted for companies in international business development. One of her early clients, a public company in Florida called Superstock, offered to sponsor her US work visa and hire O’Brien full-time.

“So I moved to Florida in 2005 where I worked on creating strategic international partnerships and building out revenue channels with distributors globally. After two years, I negotiated a move to New York City as I had decided that was where I wanted to live.”

At first, O’Brien commuted from New York to Jacksonville in Florida Monday to Friday. “In America, taking a plane is much like taking a bus – it’s really not a big deal.”

One Friday night, waiting for a delayed flight at the airport, she met three Irish executives who had just purchased Sawgrass Golf Resort, also in Florida. That would have been RQB, which was led by property investors Paul Pardy, Niall McFadden and Paddy Kelly.

Brand awareness
“They needed to recruit for the role of business development to help grow global brand awareness and increase international revenues. It just so happened that is what I’d been doing for the previous three years. We agreed terms in principle on the back of a JetBlue napkin, on a flight back to NYC. Never underestimate the power of a random meeting.”

A few weeks after the fortuitous meeting, she started working at Ponte Vedra Beach, where Sawgrass is located. “But following the [financial] crash in 2008, it quickly became clear that I needed to find another gig.”

Luck stepped in and O’Brien was recruited to run sales and marketing for Denis O’Brien’s property Quinta do Lago in Portugal.

“I spent a terrific year there in 2010 and learned a lot directly from Denis O’Brien. That was ultimately what provided the impetus to start my own business and I moved back to NYC to do so,” she says.

O’Brien decided to use her language and communication skills to found her own mobile app called Smigin, which offered regular travellers an opportunity to get basic foreign language skills for business and leisure travels.

“Sometimes you just want basic knowledge and you don’t want to put in the hard slog. This app focused on real life conversational skills for eight languages with users in 175 countries.”

Her experience in writing columns was to lead to the next chapter in her life – writing a book. When her husband was asked to relocate to Palo Alto to work in Silicon Valley in 2017, she joined him and seized the opportunity of this gift of time.

“I decided to give the book idea a shot: if not now, then when?”

O’Brien came up with the concept and storyline and wrote the first draft of the book (The Italian Escape) in two months. “It’s the story of an Irish protagonist who has the life she thought she wanted pulled from under her, so she risks everything to start over, reinventing her life in the process.”

After a few months of slogging it out and sending her book draft to agents, she signed to one in London and was offered a two-book deal with Little, Brown, UK. “Given my business background and Forbes work, I’m publishing the book and future fiction work under the pseudonym Catherine Mangan – my great-grandmother’s name.” The book is due to launch in Ireland in June.

Having spent almost 20 years in the US, O’Brien advises incumbents to “get as much work experience as possible”.

“If you move to the US, don’t underestimate the value of work experience. As the saying goes – ‘learn on someone else’s dime’. The experience will be invaluable and will ultimately save you time and/or money.”

O’Brien also says that your network is everything. “The Irish diaspora is arguably one of the strongest, most supportive networks globally. Networking is a survival requirement in a fast-paced environment such as New York.

“Joining business groups and communities is also helpful. I’ve been a member, and board member of the IIBN [Irish International Business Network] for many years, which has had an enormous impact on my career.

“Also, get a good immigration attorney.”

Living in America is hugely rewarding, she says, but it can be hard. “There are cultural differences that you don’t expect, so talk to folks already living in the US.”

West coast
Like everyone else on the planet, O’Brien is affected by coronavirus. “We moved back to New York from the west coast at the beginning of March but got on a plane out of there after a few days to spend time in Ireland [where she owns a cottage on Valentia island]. We were flying over for Easter, but put the trip forward by a few weeks. There was a mass exodus out of Manhattan. Anyone with a house or a contact with a house upstate was packing up their car and leaving.”

O’Brien is using the time off to start her second book.

“You’re pretty isolated here so my husband and I are going for walks and trying to figure out how to best use our time. In the US the pace of life is so quick, it’s nice to get a chance to sit back and do something constructive.”

Would the virus put O’Brien off returning to the US?

“Absolutely not. I love it there. Kerry is my Irish home, but New York is my American home. New York is the best city in the world.”